The daydreams of a confined walker: from la Perle to Barbette

In the continuity of the rue des Quatre Fils, after the crossing with the rue Vielle du Temple, the rue de la Perle appears. 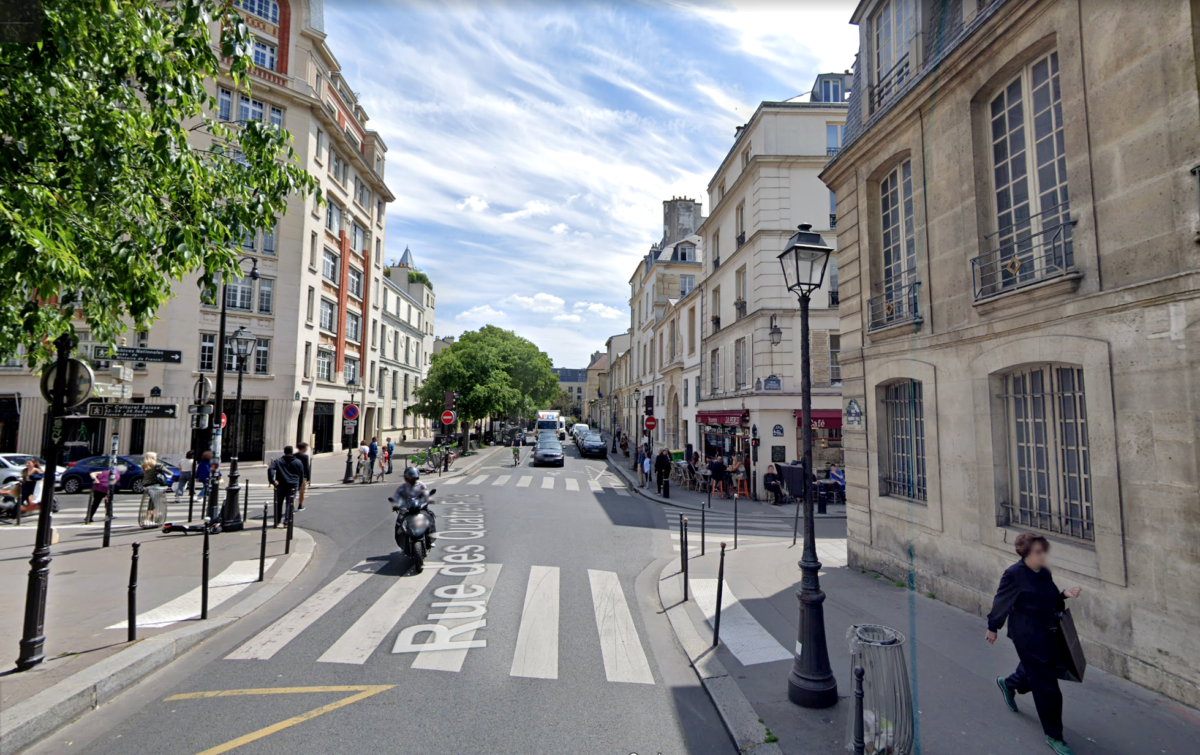 After having a coffee at the local bistro, served by Eric, Didier, Magid or Maximus, let's walk down this rue de la Perle whose name comes, according to some, from a jeu de Paume or an establishment called "A la Perle des Tripots", which used to be there. It's up to each one to choose his version according to his deep inclination.

On 9 is the first vocational school for girls, founded in 1862 by Elisa Lemonnier, considered to be the founder of vocational education for women in France. 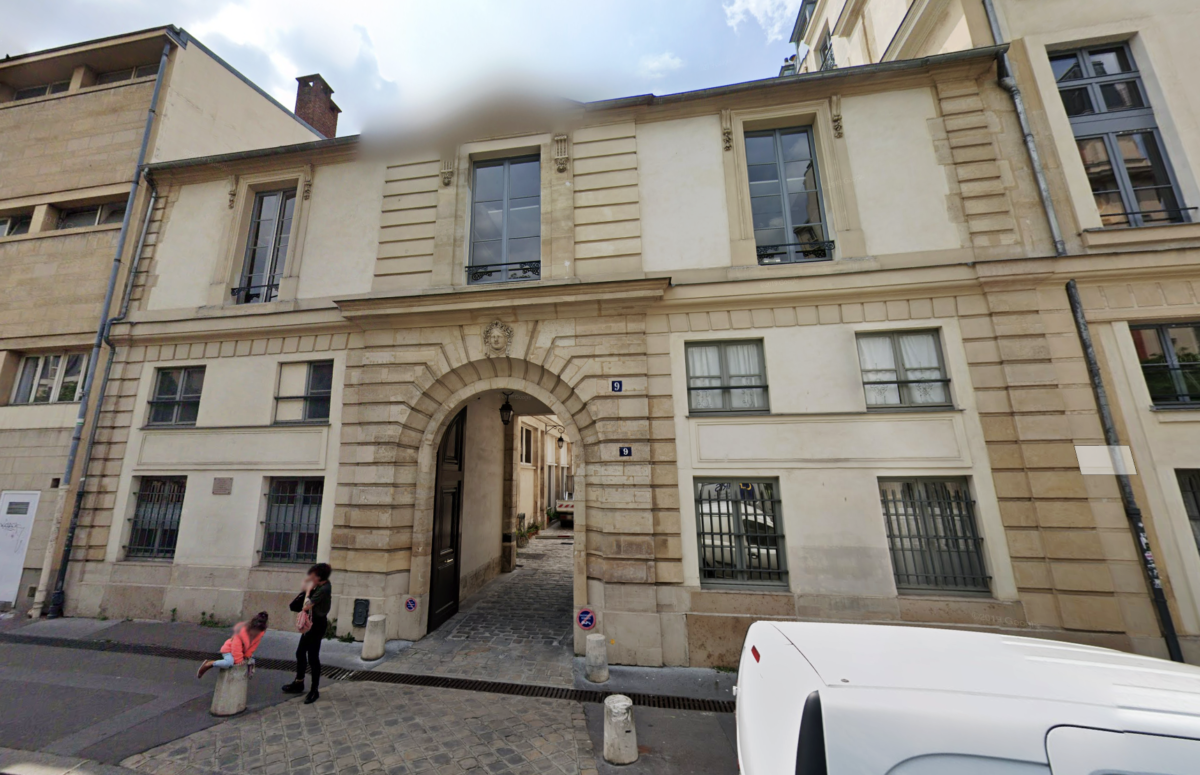 On 3: hotel designed by Liberal Bruand, who was among others the architect of the castle of Richmond, in England, for the Duke of York, the Salpêtrière Hospital, the Hôtel des Invalides, the Notre-Dame-des-Victoires Basilica... 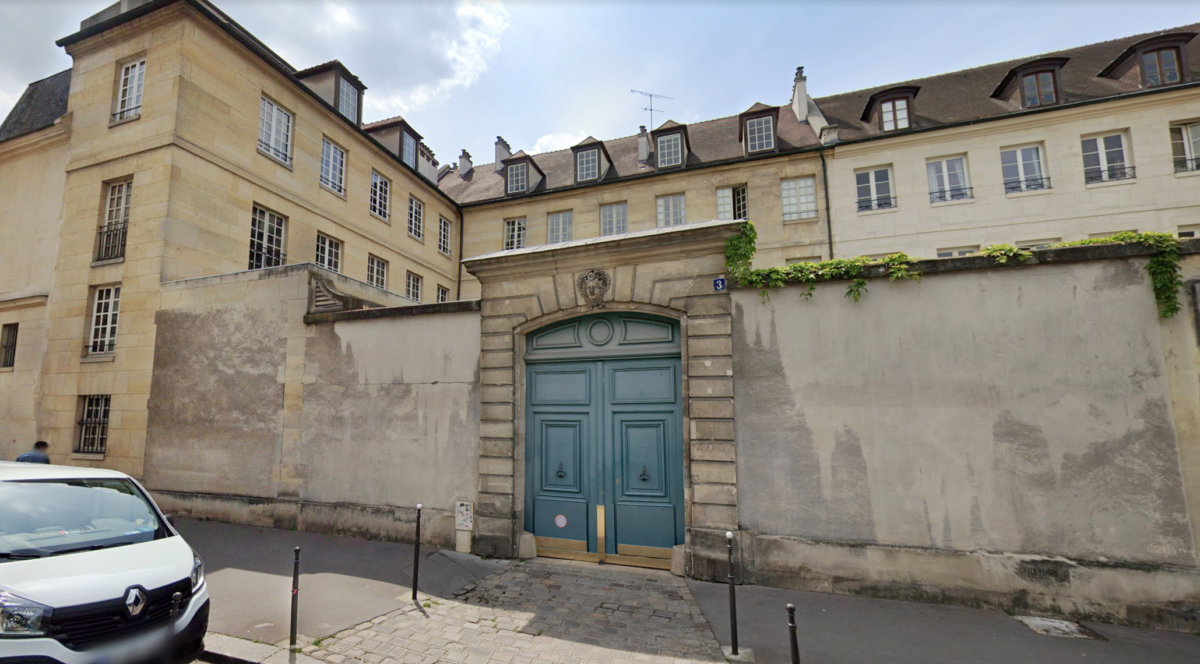 ... and the neighbouring hotel, at N°1, which is called Hôtel Libéral Bruant, which we spell with a final t to change, because both forms are possible. Formerly a lock museum, it is now a contemporary art center. 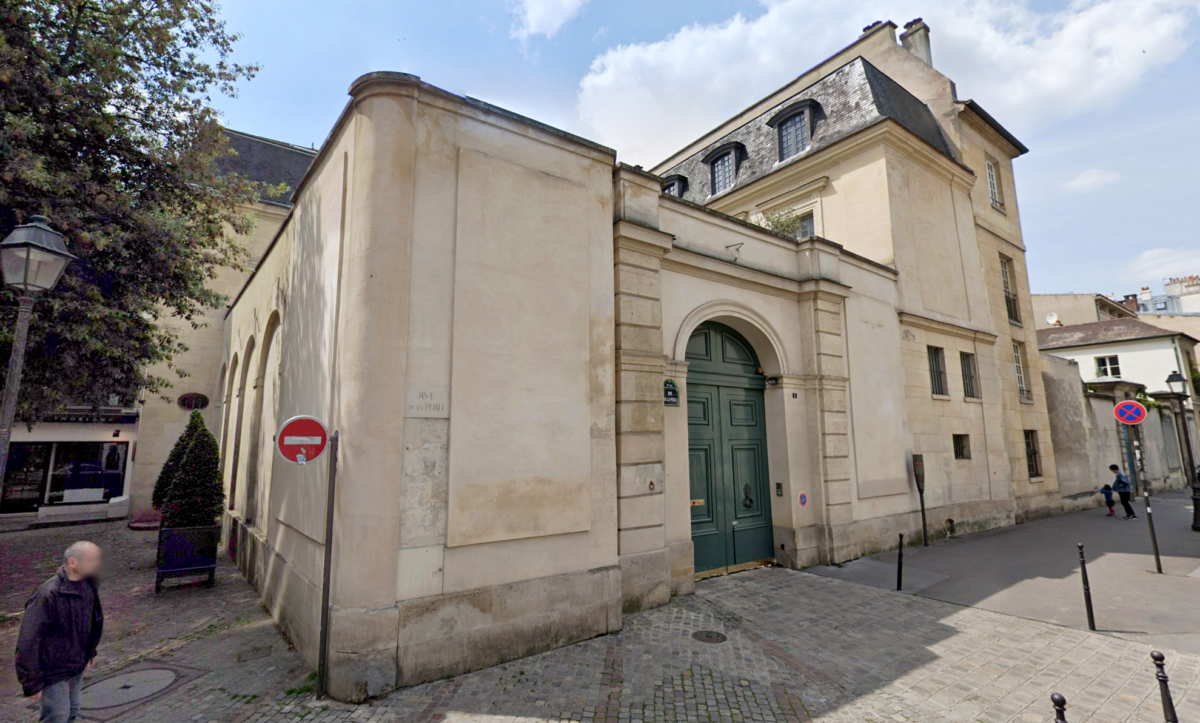 We're already coming to the end of this short street. Probably because of the proximity of the Picasso Museum, the walls are suddenly covered with works by Street artists, including one by Shatters, who uses pieces of mirror or coloured glass for his creations and, watched over by an anonymous chimera, a bicycle frame inlaid in a corner, a work by Ride In Peace, who has already hung about sixty of them all over Paris.

The place de Thorigny (Jean-Baptiste Claude Lambert), who was provost to the merchants of Paris from 1726 to 1729, opened. Charles Perrault lived there from 1685.

Other street artists have planted their creations on these walls. We notice a Mona Lisa by GZUP, another Anarchist Heart, one of John Hamon's posters, a Pablo Picasso by Invader, a Sonic by GZUP too, a Diamantaire... it's really the antechamber of museums!

On the right-hand side, let's turn into a street that has had different names throughout history, including "rue de Diane" because Diane de Poitiers lived in the Hôtel Barbette, whose gardens extended to it, now called rue Elzévir. 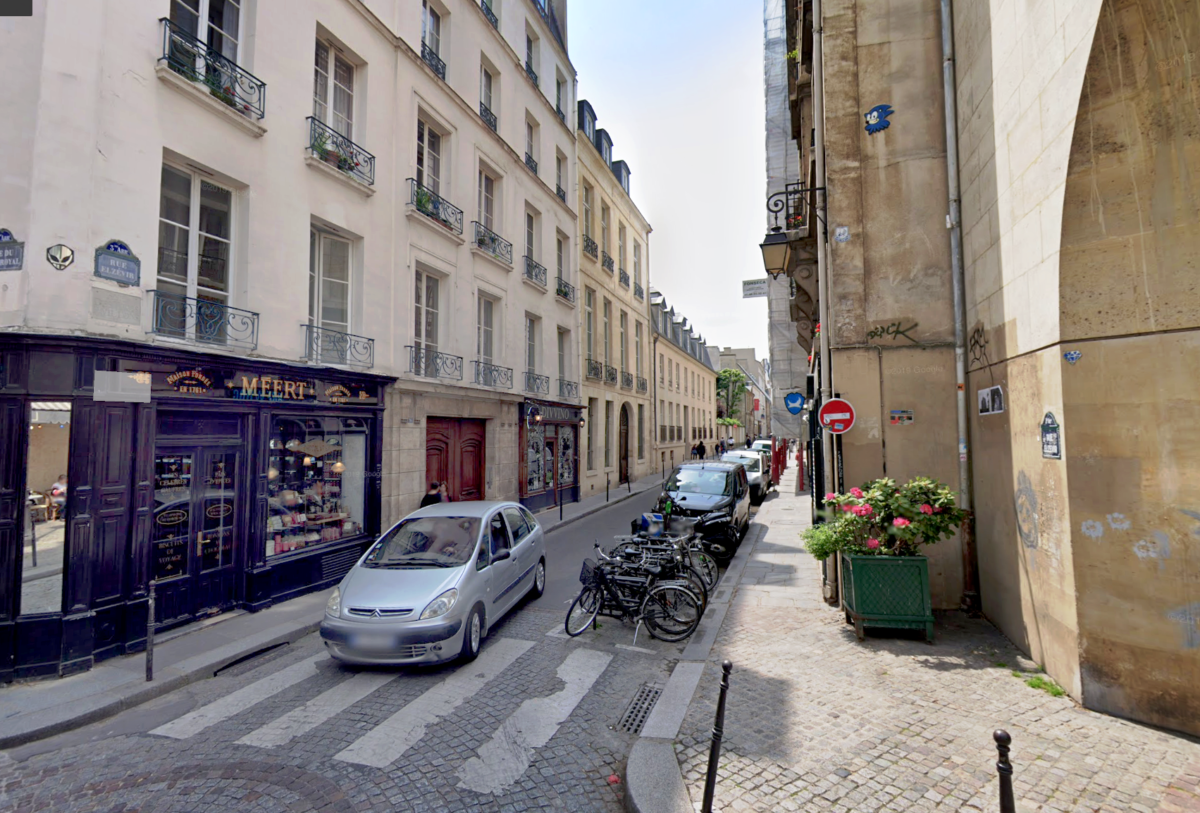 This pretty name of Dutch origin is that of a family of Dutch typographers and printers who practiced their trade throughout the 17th century in Leiden and Amsterdam. They invented the typeface that bears their name.

This same name was given in 1921 by Francis Thibaudeau to one of the four major families of typefaces he identified in his classification: the didots, the Egyptian, the Las Ancients and the elzévier, which includes the Garamond, the Palatino and the Times among others.

The main characteristic of the elzevirs is that they have triangular serifs (small extensions that end the ends of the characters). The fonts used for the signs of the two chic, classic and somewhat austere shops that open the street probably belong to this family.

Let's stay in writing, in the broadest sense of the term: Louis Ferdinand Céline, in "Mort à crédit", locates in the rue Elzévir, without specifying a number, the workshop and shop of the chiseler Gorloge where Ferdinand Bardamu, the main character of his novel, (as well as of "Voyage au bout de la nuit" and its sequels) works. Céline's novels being largely autobiographical, we can think that the author himself lived there what his character lived. 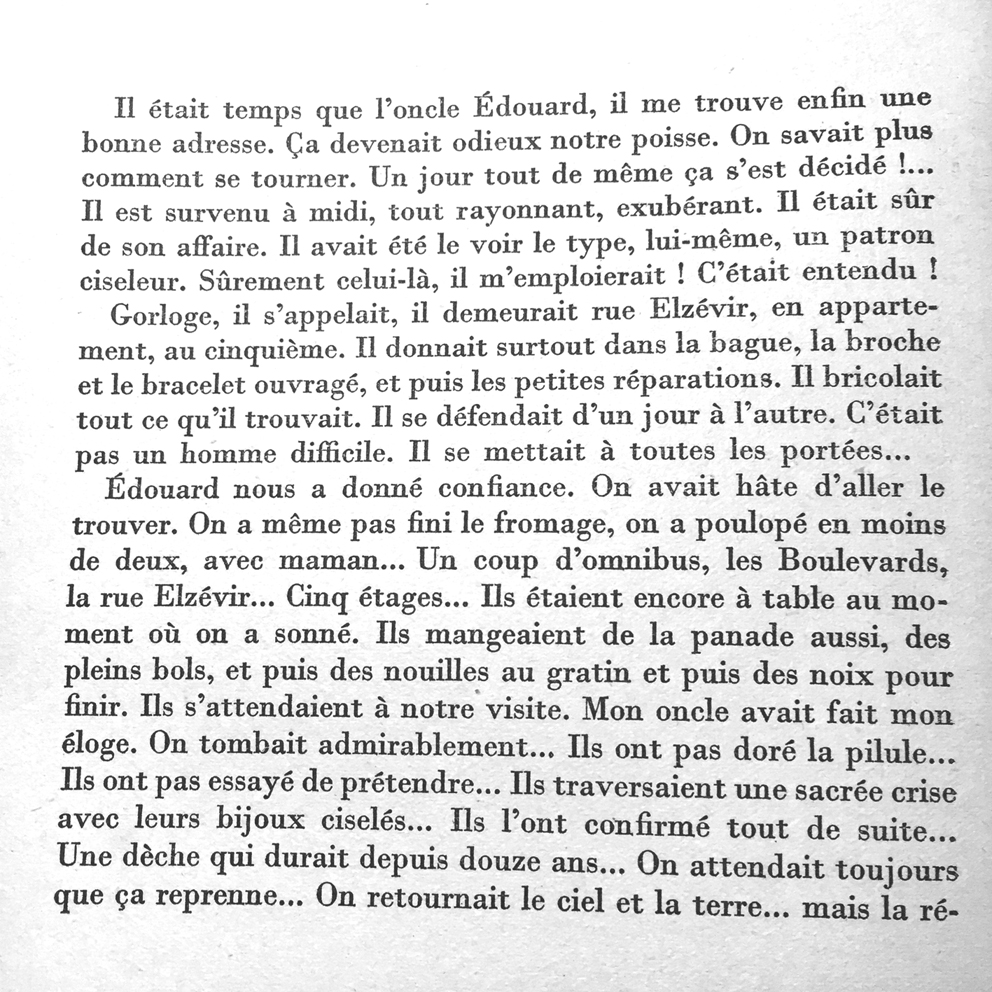 Without any transition, let's move on to a sister in writing of the sulphurous Céline: Madame de Sévigné. It seems she lived at n° 14, from 1672 to 1677. We will tell you more about this famous epistolary when we visit the street that bears her name, where the Carnavalet Hotel is located, now the historical museum of the city of Paris, where she lived from 1677 until her death in 1696. 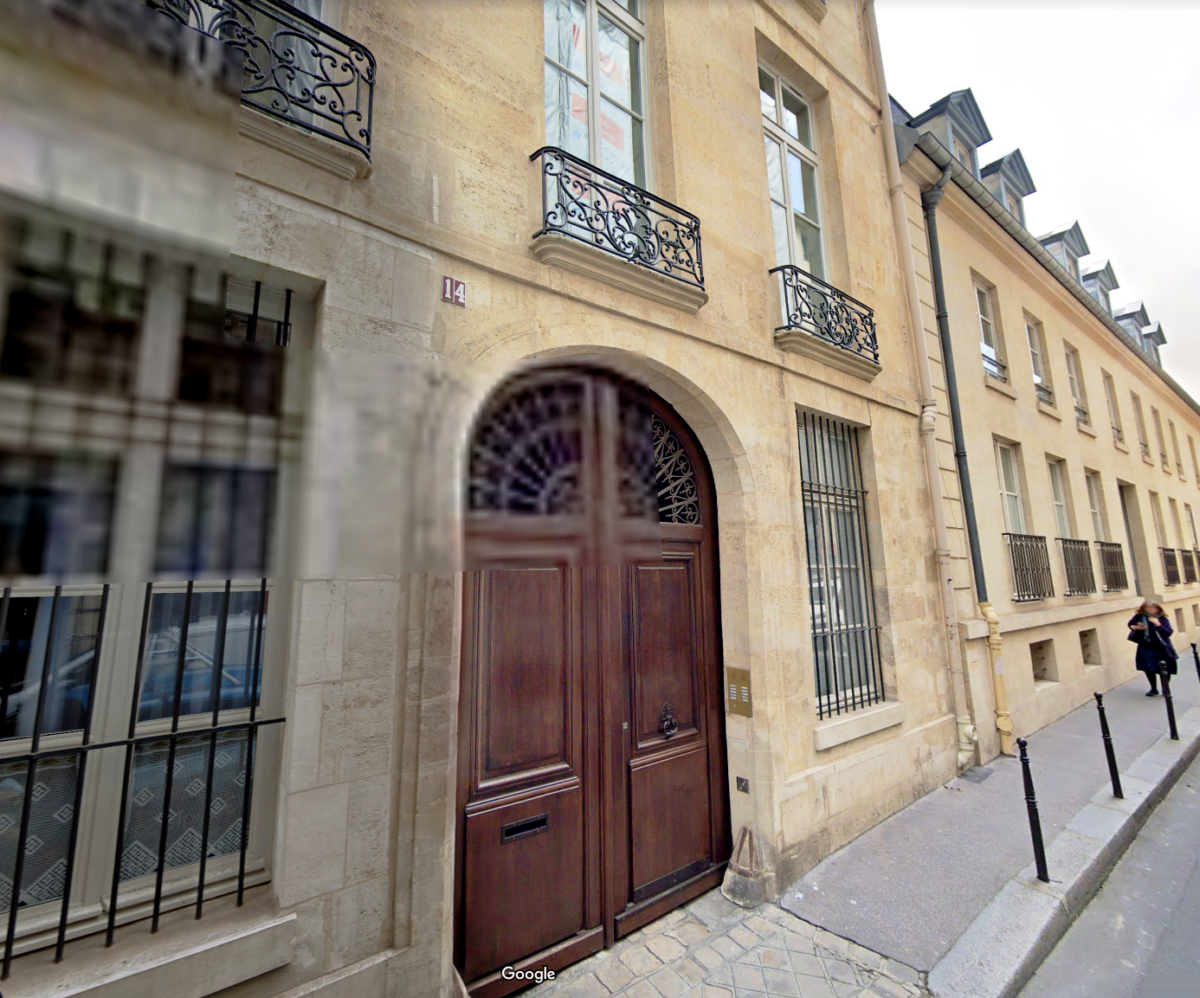 At level 10, the back and garden of the Swedish Cultural Centre on Rue Payenne, which we will also talk about later. 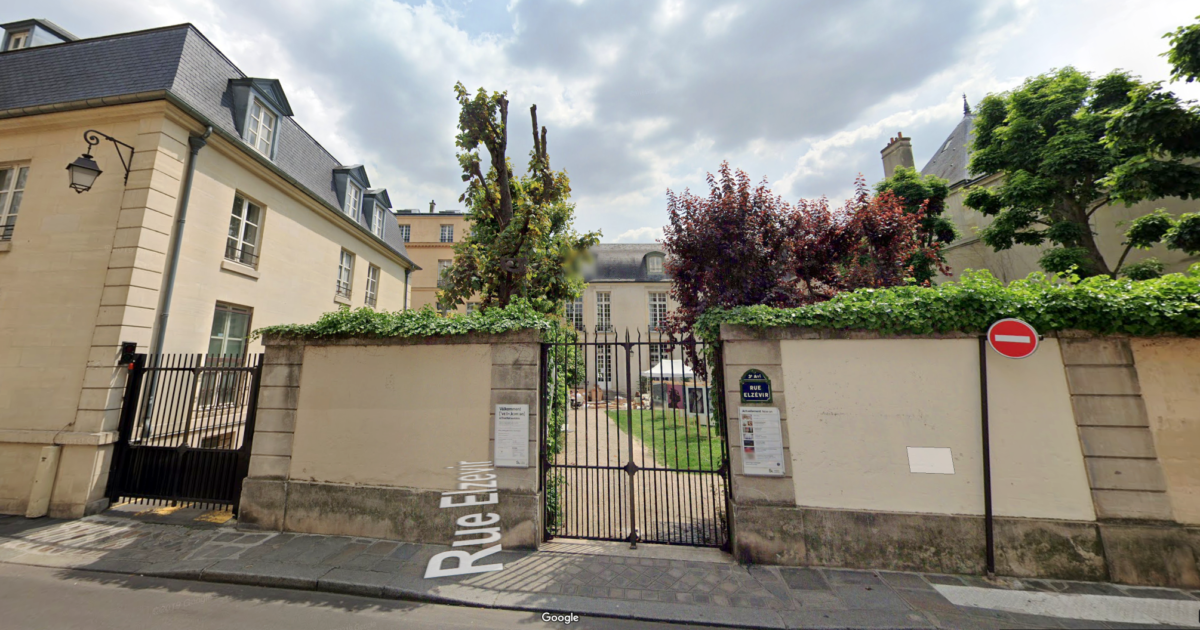 Rue Barbette opens on the left. We will come back to this street as soon as we are done with rue Elzévir. 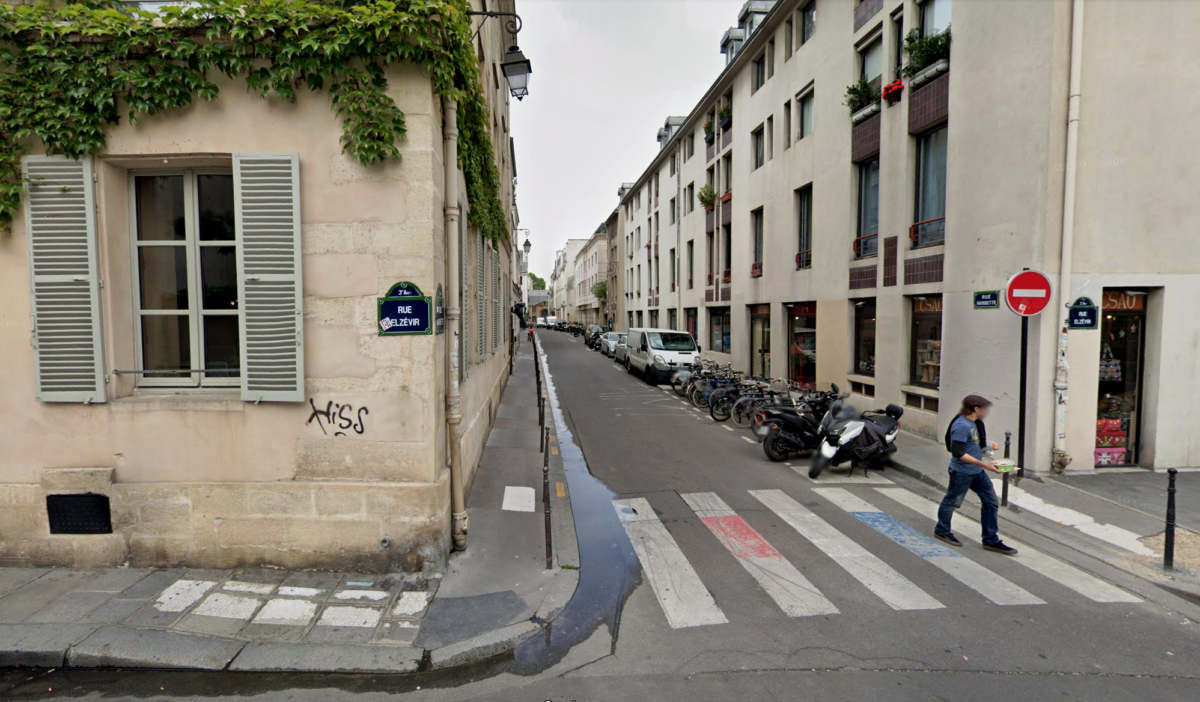 At No. 8, the Hotel de Donon has been home to the Cognacq-Jay Museum since 1990. Starck's train will talk about this building a hundred times better than we do. However, let's bring some more information about the couple who gather the collections that this museum now houses.

Ernest Cognacq (1839-1928) lost his father at the age of twelve and left to try his luck in Paris at the age of fifteen. He was employed in various stores, including "Aux Quatre Fils Aymon" - which we did not expect to find here - and "Au Louvre", from which he was quickly dismissed for insufficiency.

Many would have given up grumbling after such a setback, but not Ernest who, with his wife Marie-Louise Jaÿ (1838-1925), ends up, after many misadventures which we will spare you here, by creating the famous store of the Samaritan woman.

Here we are at the end of Elzévir street. At the end, the Rue des Francs-Bourgeois. 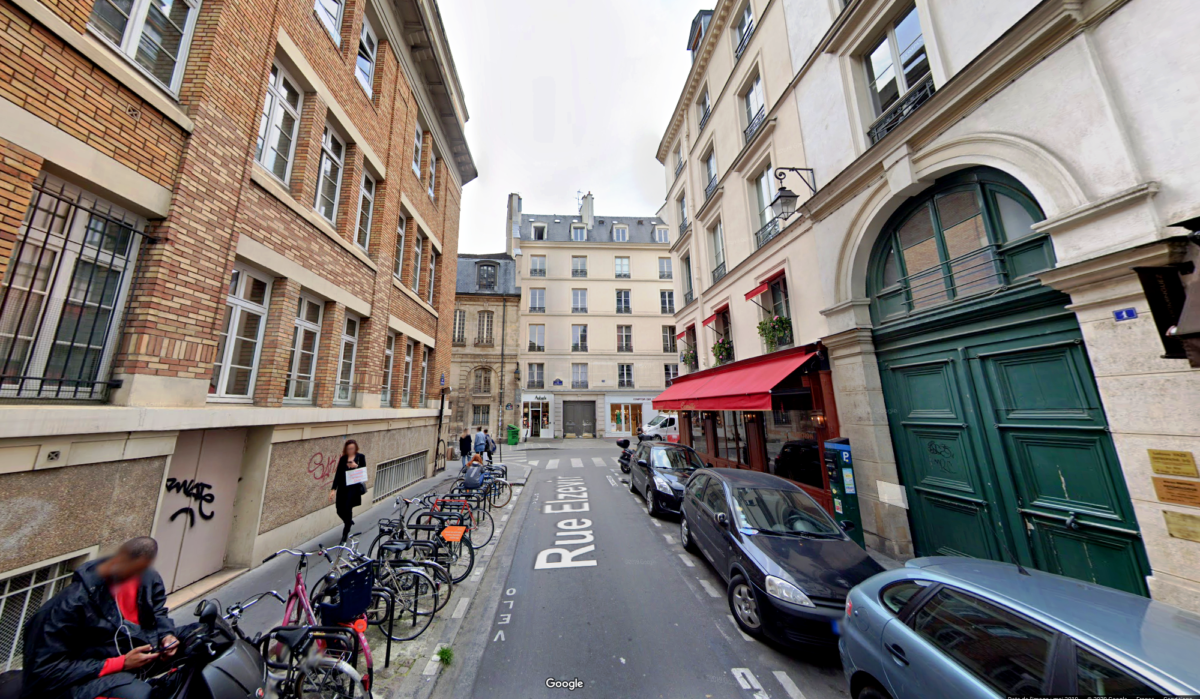 Let's turn around and take, as promised, rue Barbette. By the way, let us salute the courage of this young woman and her creativity in the misappropriation of street furniture.

Rue Barbette, then. Etienne Barbette (circa 1250-1321), from a family of rich merchants, was, among other things, provost of the merchants of Paris. Around 1300, he built a "country house" on a huge property outside the walls of Philippe Auguste, which he owned.

It became the Hôtel Barbette, which, enlarged and embellished, later served as the residence of Queen Isabeau of Bavaria (1385-1422) or, in the following century, of Diane de Poitiers (1553-1566), a favourite of King Henry II.

The building gradually disappeared during the 16th century to make way for the rue Barbette created in 1563.

On 3, despite our efforts to be discreet, two young women recognized the Google Car, which is reflected in a glass door.

At 5, a hotel that belonged to the Thumery de Boissise family of magistrates from 1700 to 1748, then to the Souchet de Bisseaux family until the Revolution. 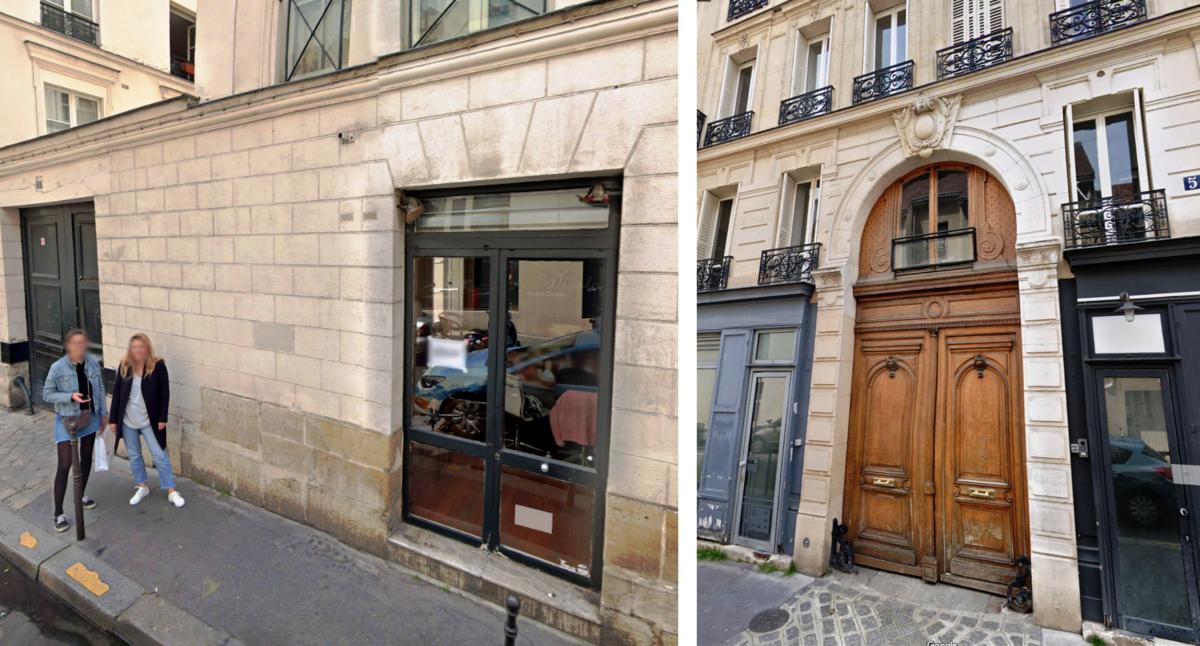 At n°7 of this street, this car park was once a hotel, a gendarmerie, then from 1887 to 1930, a workshop where the pastry chef Evrard designed, manufactured and marketed Pierrot Gourmand confectionery. Nothing on this building reminds us of this fact of the utmost importance for anyone who was a child. Let us demand that a Stark oar be installed there, slightly reworked in its shape so that it evokes a gigantic lollipop. 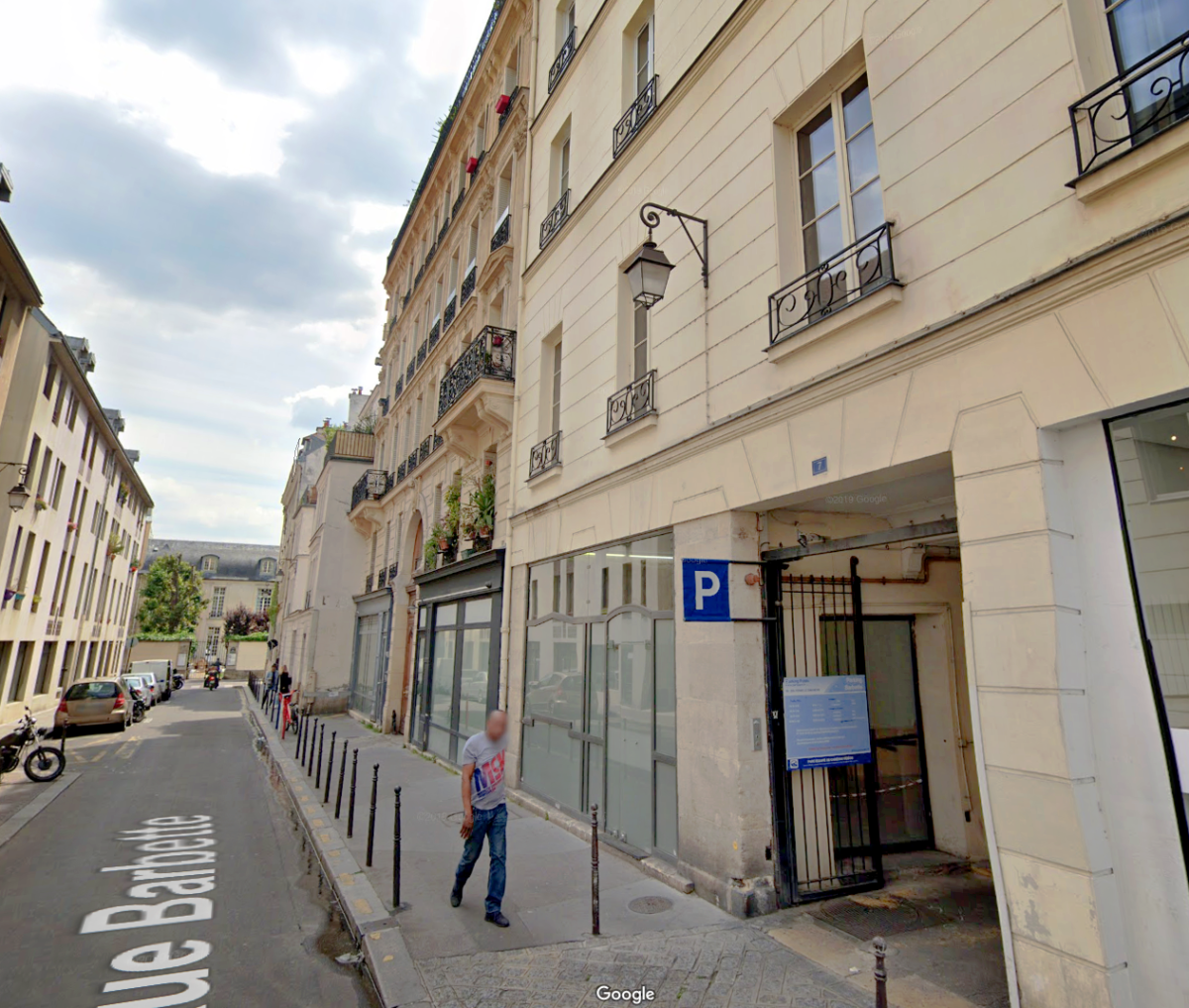 At No 9 is the hotel of the de Pommereuil family which was acquired by Michel-Étienne Turgot, provost of the merchants of Paris. Decidedly, we often come across personalities who fulfilled this function: Caumartin, Thorigny, Barbette... they were in a way the ancestors of the mayor of Paris. The most famous of them, Etienne Marcel, was provost from 1354 to 1358.

His role in the revolt of the bourgeoisie of Paris who tried to limit the royal prerogatives of the Dauphin Charles in fiscal matters led, in addition to his death, to the decline of this function until 1789, when it disappeared. In 1975 the position of "Mayor of Paris" was recreated, the first of which was Jacques Chirac from 1977 to 1995.

But let's come back to Turgot. The name of this character remains essentially attached to the plan of Paris in cavalier perspective known as Turgot's plan, the drawing of which he commissioned from Louis Bretez. This plan made to a scale of about 1:400 measures 2.49 m by 3.18 m.

It covers approximately the current eleven first districts of Paris and the Marais naturally finds its central place there. From Alembert the encyclopaedist, Turgot the cartographer, glorious ancestors of Wikipedia and Google Maps, the Marais can be proud to have sheltered you within its walls! 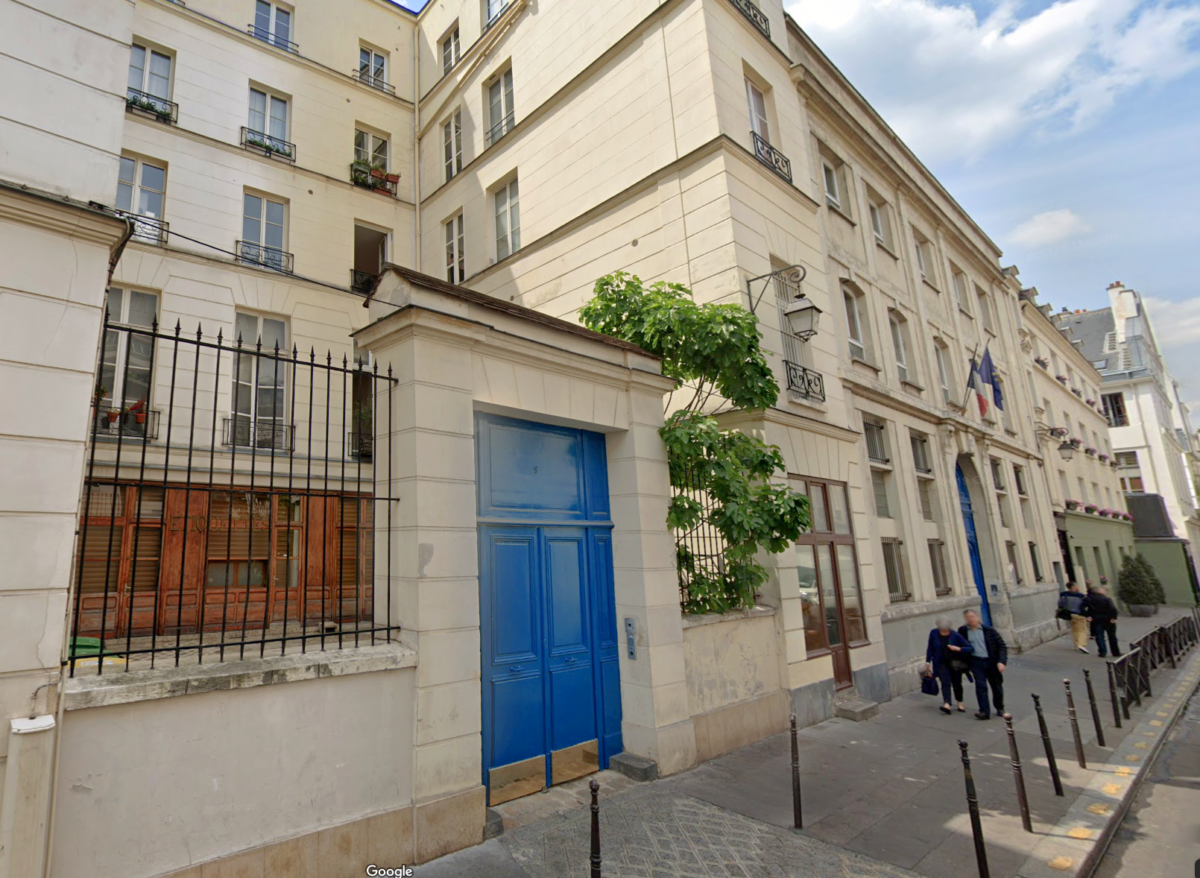 No. 11 is a 1635 hotel where the son of the first president of the Paris parliament, magistrates and a lieutenant general successively resided. The door and the start of the 17th century staircase are listed. Today it is one of the two annexes of the Victor Hugo college. 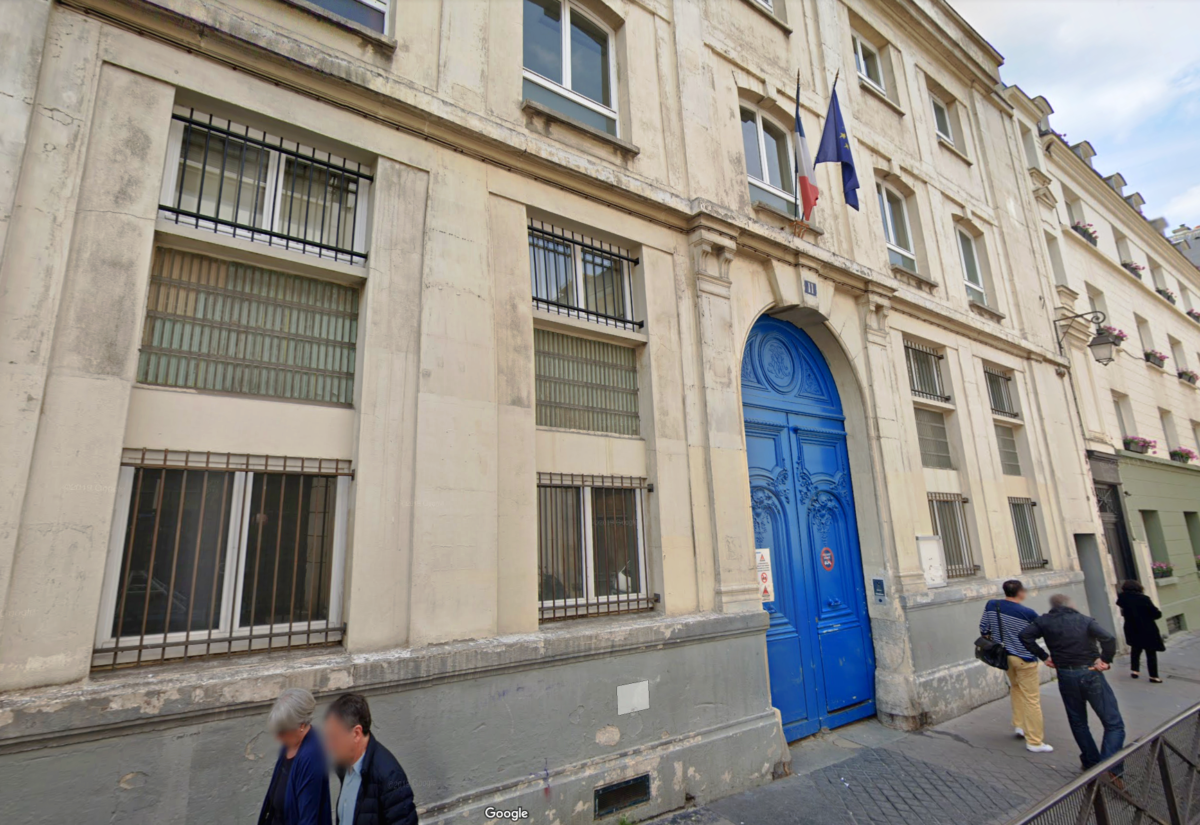 The 15 is a cosy hotel built in 1769 by Jean-Baptiste Lemarié d'Aubigny. Today, the pediment overlooking the superb portal surmounted by two medallions reads "DELARUE CLOUTERIE", which proves that one can make a fortune not by doing nothing, but by making nails. 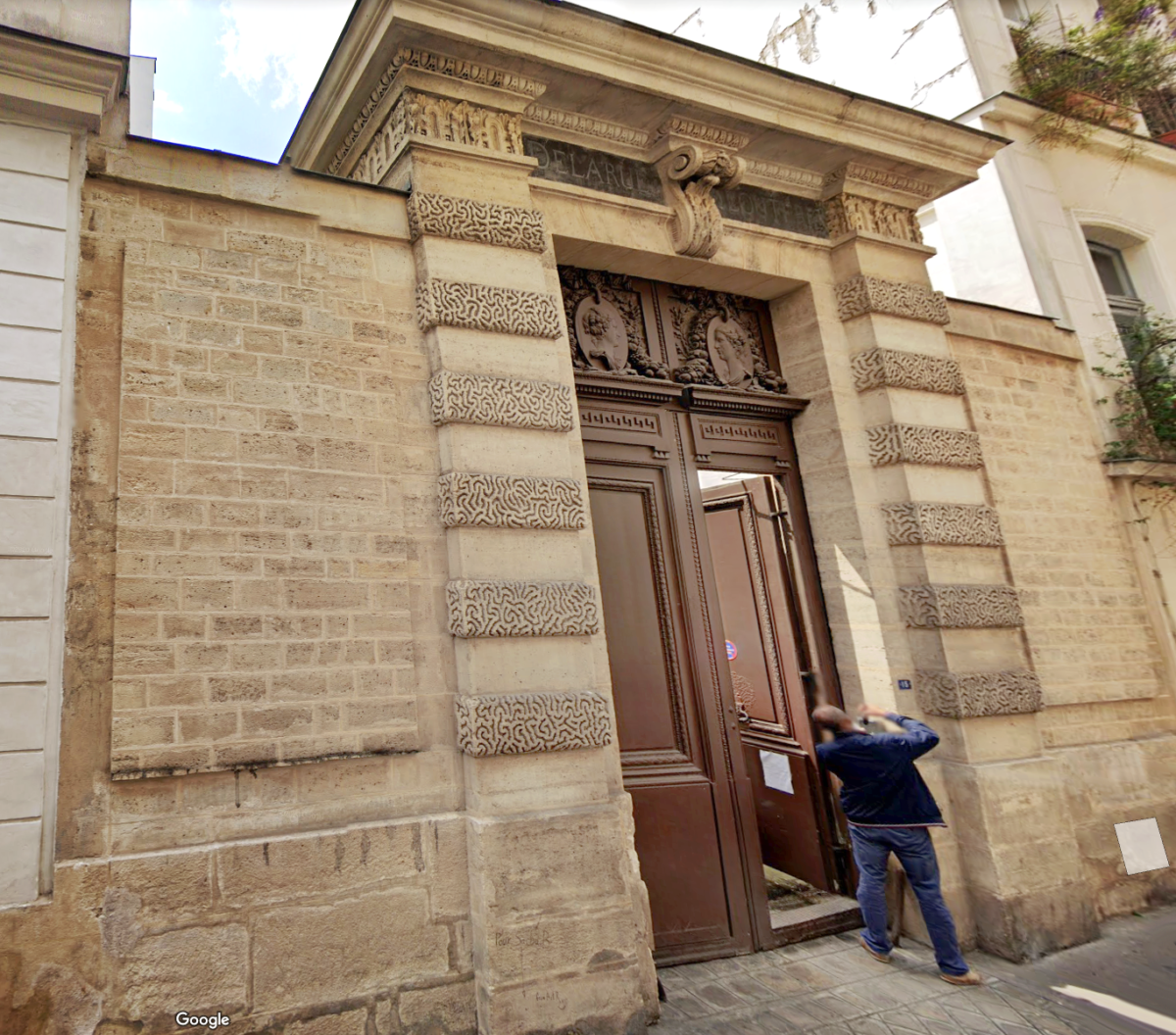 End of rue Barbette, which leads to rue Vieille-du-Temple. 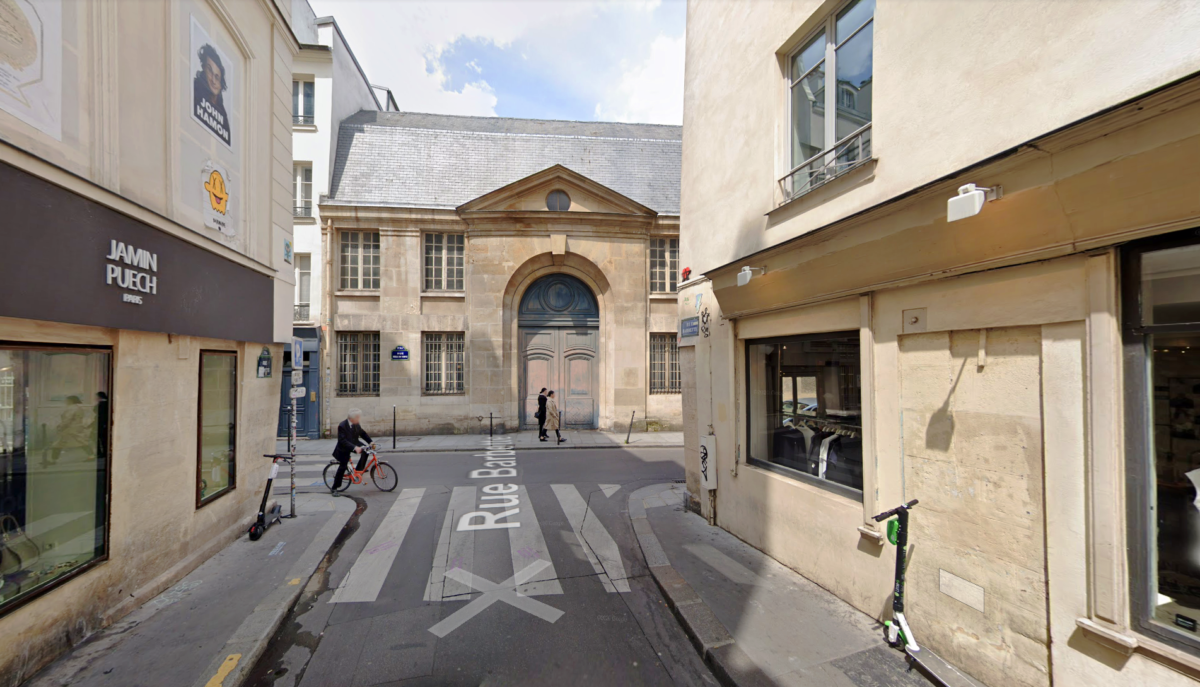 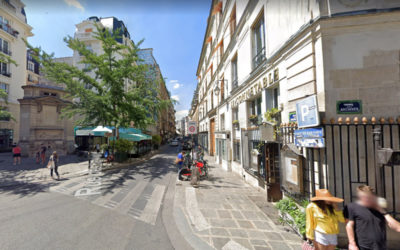 The daydreams of a confined walker: From Michel-le-Comte to les Quatre Fils

Let's transport ourselves to the end of the nineteenth century. The coachman of the carriage that transported us dropped us off at the address we had given him. We pay him, he checks and declares: "That's Michel Street". This expression is typical of the slang of his profession...

The daydreams of a confined walker: rue Charlot

From the Place de la République, take the Boulevard du Temple, take the first right and here is already the Rue Charlot, a gateway to the Marais among others. Rue Charlot : the name might make you smile but this Charlot was the serious fact...

The daydreams of a confined walker : rue Béranger

At the time of Covid-19, the empty streets of the Marais looked like a science fiction set. But for those who don't live there, and also for the native refugees in the countryside, the neighbourhood is still accessible thanks to the Marais Mood and... Google Street View! 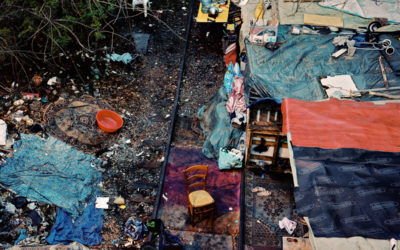 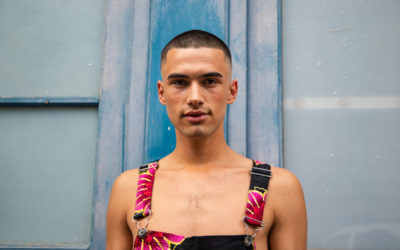 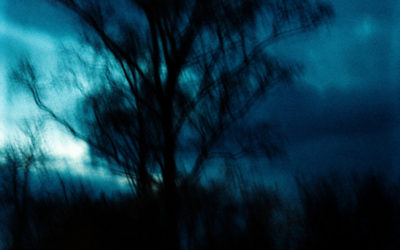 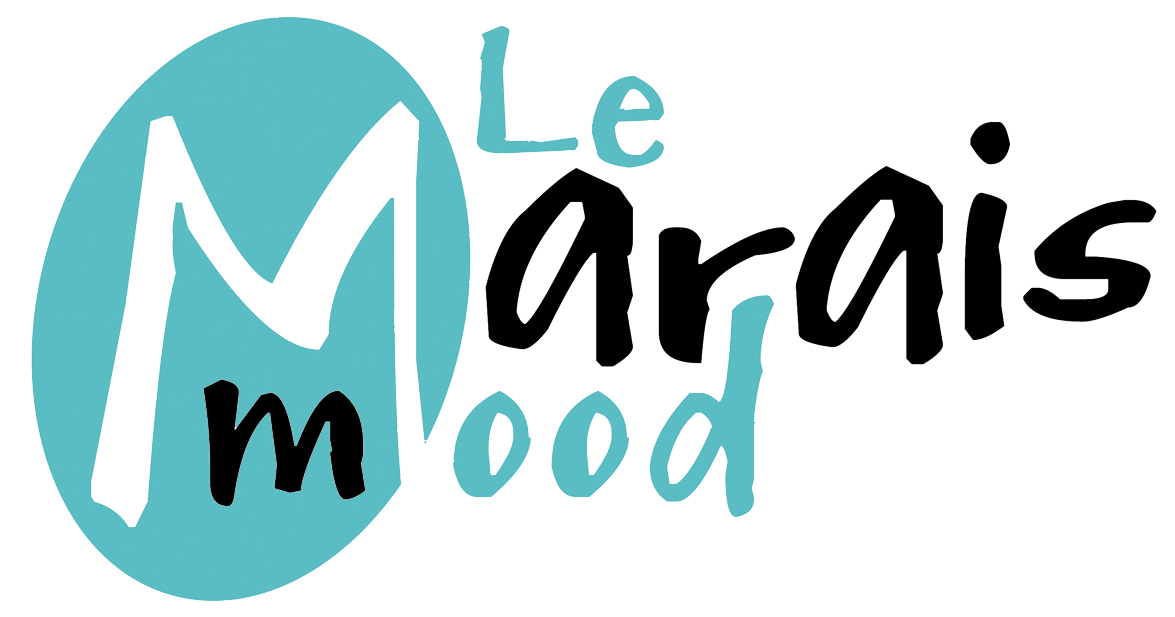